We are proud to announce we will be one of the first fully licensed and insured axe throwing venues in Ireland with it already being present in Galway and Wicklow! 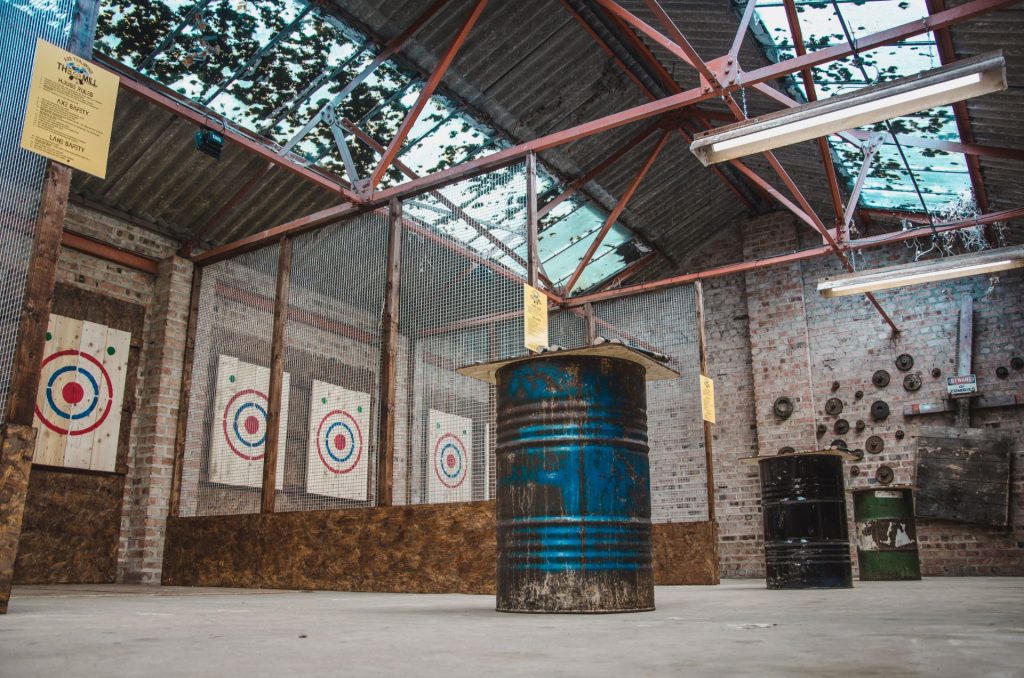 We will initially begin with providing axe throwing as a hire only activity but will in future link up with the World Axe throwing League and begin memberships where players can compete live time with axe throwers around the globe! Open sessions will begin in the future so keep an eye out for these on our social media platforms.

Axe throwing lasts for an hour with the first half an hour mainly consisting of instruction by our qualified instructors who are helping the participants to master their throw and spin. From here players will then compete with one another in what could be described as a Viking mix of bowling and darts in a monumental struggle to reach certain scores, throw by throw, or attempt to have the overall highest score following three rounds of throws. All players in the group will compete with one another as well as individuals taking on players in duels.

Throwers will make use of various throwing weapons such as axes, tomahawks and throwing knives. Full instruction is provided to ensure fun is had and safety which is the primary concern.

This is an awesome activity and can be done by anyone over the age of 16, it does not require any deal of strength or agility as it focuses on the ability to aim, follow through with the throw and get the right spin on the weapon for your set distance which varies per round. 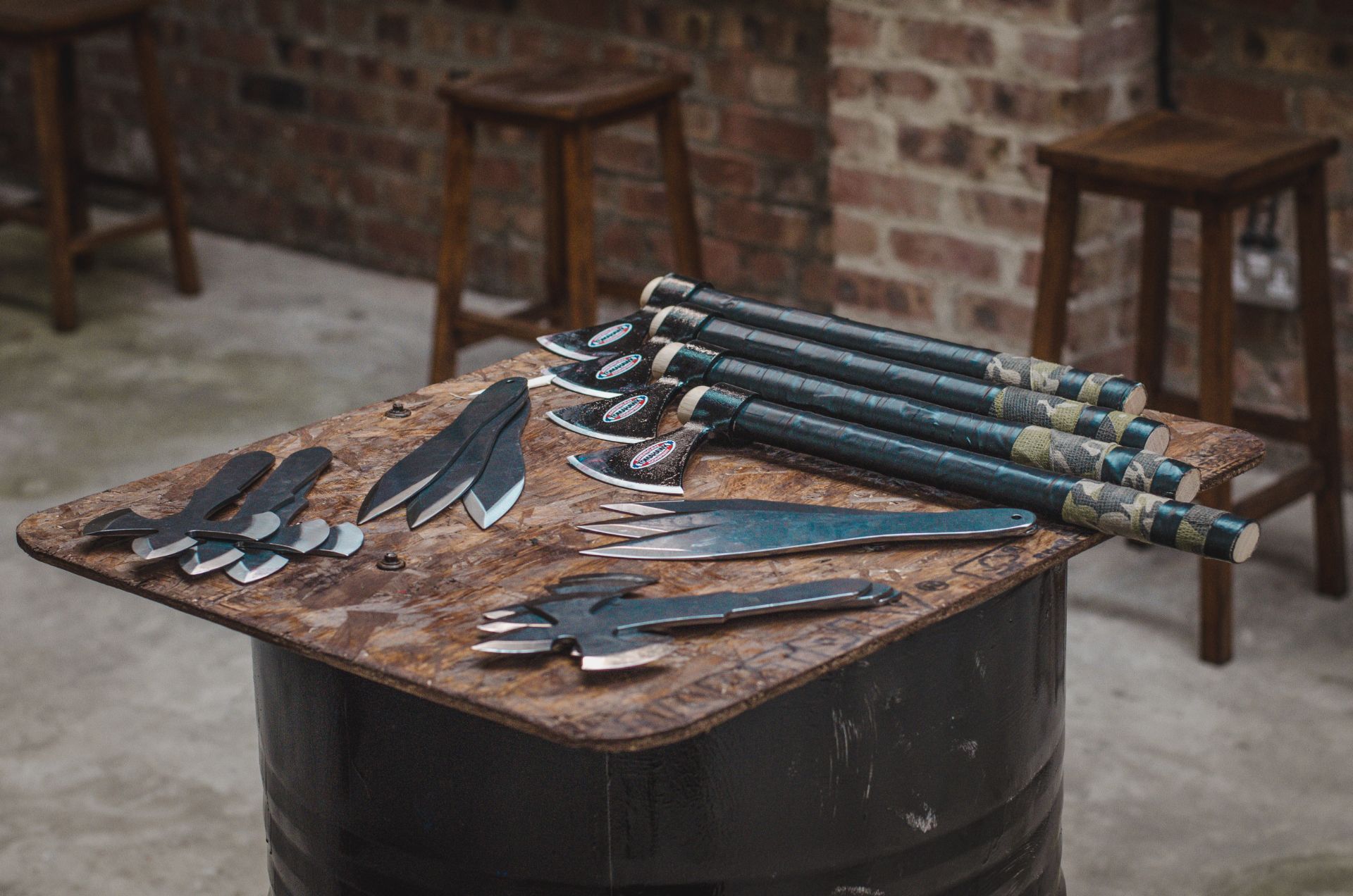 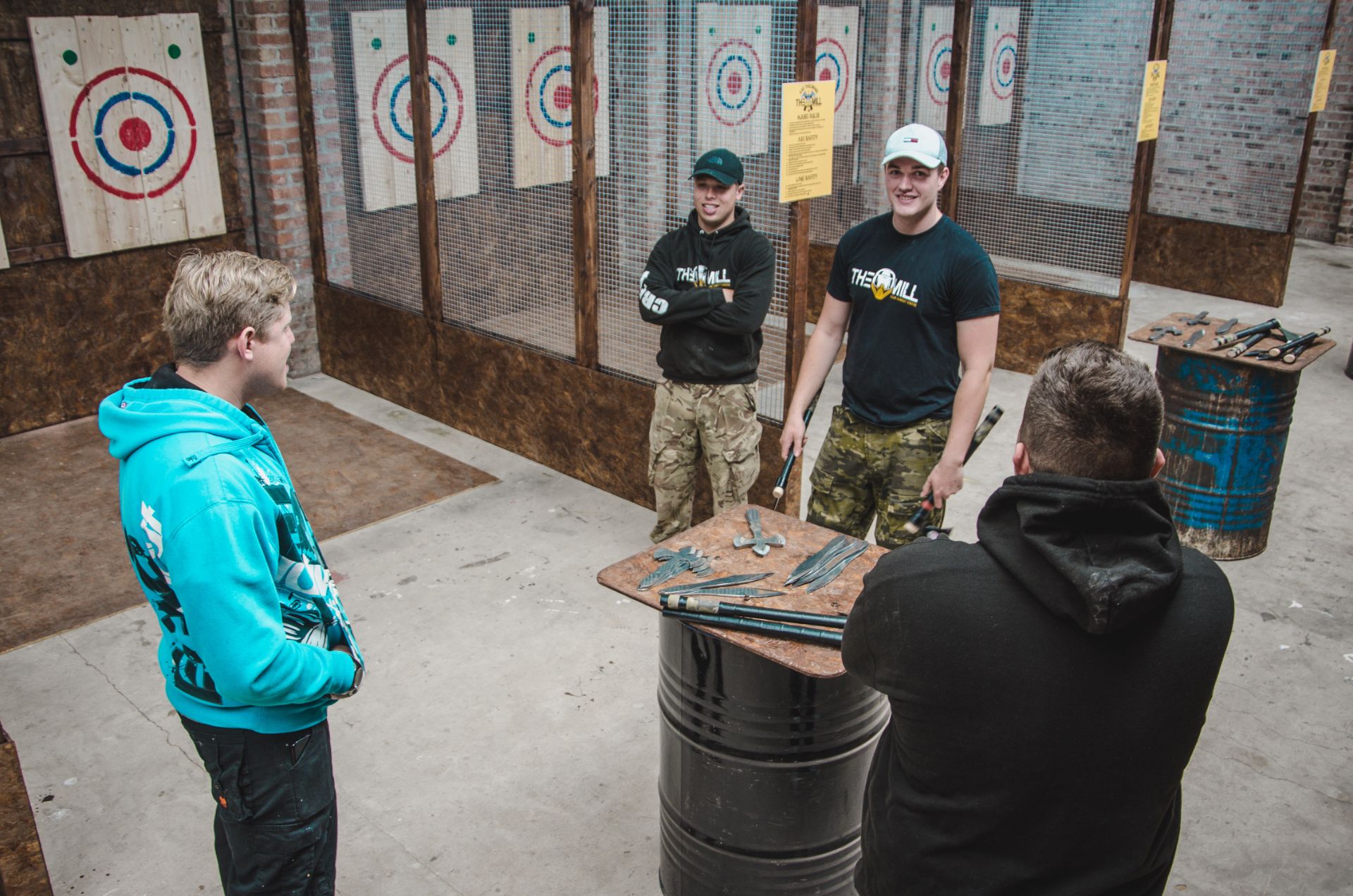